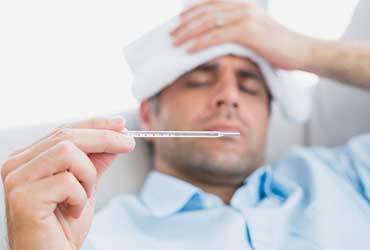 Say “shoo” to the Flu

Many medical experts recommend that everyone (only those 6 months and older) should get an annual flu shot. Even though the flu season is in full swing, experts say it’s not too late to get a shot in the middle of winter. Although, it’s best to get a flu vaccine before it begins to spread in your area. Getting vaccinated later, however, can still help keep you healthy. So many areas continue to be offered throughout the flu season, even into January or later. Keep in mind, after vaccination, it takes about two weeks for antibodies that protect against the flu to work their way into the body. So, make plans to get vaccinated early (best by the end of October).

What is the flu?

According to the Center for Disease Control, influenza, commonly called the flu, is a contagious respiratory illness caused by influenza viruses that infect the nose, throat, and sometimes the lungs. Since the 1970s, two major Type The flu varieties have existed simultaneously: H3N2 and H1N1. Each season typically sees one of the strains dominate and H1N1 has been the most common strain of the virus seen worldwide so far this season, whereas H3N2 historically has been considered the most aggressive of the two strains. But experts are keeping an eye on the H1N1 strain, which infected 500 million people worldwide and killed 50 million in one of the worst disease outbreaks in recorded history in 1918.

How the Flu Spreads

Most experts believe that flu viruses spread mainly by direct contact with the tiny droplets emitted when people with flu cough, sneeze or talk. These droplets can land in the mouths or noses of people who are nearby. Another less common way is when a person might get flu by touching a surface or object that has flu virus on it and then touching their own mouth, nose or possibly their eyes. Washing your hands often is the best way to prevent the spread of the virus.

As with most illness, the young (younger than 5), the elderly (older than 65), pregnant and nursing women, people living in nursing homes or other care facilities, and those with another chronic illness.

Although the season has already begun, there is still time to get the flu shot. But don’t waste time because the vaccine takes up to 2 weeks to help the body to build up its maximum protection. In the meantime, boost your immune system by stocking up on fresh fruits and vegetables and exercising regularly. Remember to ask your physician if the vaccine is safe for you.

DISCLAIMER: The information contained on this website should not be used as a substitute for the advice of an appropriately qualified, licensed physician and/or other health care provider. The information (including text, graphics, images, newsletter and other such information) contained on or available through this website is provided for informational purposes only. Please check with a physician if you have health questions or concerns. Premier Healthcare Germany assumes no responsibility for the accuracy of information contained on or available through this web site, and such information is subject to change without notice. Although we attempt to provide accurate and up-to-date information, no guarantee is made to that effect.